Jamaica: A female student of the Oracabessa High School in Jamaica was raped by a male dressed in a khaki uniform after the male held a knife to her neck and coerced her into inhaling a substance that was aimed at making her unconscious.

The administration of the victim’s high school has confirmed that they are investigating the alleged sex crime against the girl, which took place at about 4:00 PM on Monday, while the classes of the day were still in session.

The information regarding the culprit’s attire and the crime’s specifics were given by a source close to the victim’s family. After making the girl unconscious, the man dragged her into the girl’s bathroom and raped her. Following this, he left her for dead in the bathroom.

According to the sources, the student had cried for help, but no one showed up. Eventually, Another student went to use the bathroom and reportedly raised the alarm after she saw the girl lying on the restroom floor, naked.

The Rape victim was immediately taken to Port Maria Hospital. According to some pictures gathered by the sources, there were bruises on the child’s left hand and left thigh.

The victim of the unfortunate incident is now recovering at home. But she is said to be highly traumatized after being raped and reluctant to return to school anytime soon. On Tuesday, a representative of her family met with the school’s administrators, including Principal Donovan Thomas.

“We had an unfortunate situation, but the matter is an active investigation, and there is not much that I can say at this time,” Principal Thomas stated.

He also stated that, since the alleged incident, the school had tightened security at the school. He said, “Since then, we have increased security. We also always have a functional level of security on the compound. We have a main gate and a security post,” Thomas informed. 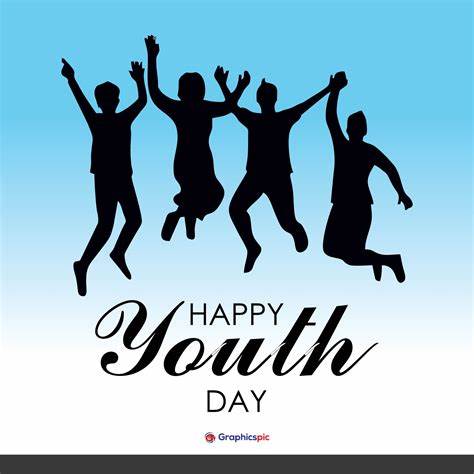 Today as a Caribbean people, we pause to recognize, celebrate, and cherish the accomplishments and indelible contributions of young people across the region. For almost four decades, today, the 30th of September has been observed as Caribbean Youth Day with this year’s celebrations held under the theme “Adding Global Value Taking Charge of Our Future.”

Across the globe, Governments have finally begun placing an emphasis on strengthening young people and therein preparing them for their roles as leaders. Additionally, never before have we seen, with such great magnitude, multitudes of young people rising up and agitating for myriads of issues ranging from climate change to health advocacy, equal access to education, mental health, employment opportunities and good governance. It is the power of these voices that prove that no longer should young people be prepared to take up leadership roles tomorrow, but rather be empowered to lead, train, mentor, guide and advise today, for our time is now! Within our Latin America-Caribbean region statistics show that almost 20% of the population comprise youth. The question must be asked then what measures have our Government, Society and people taken to ensure that these youth are equipped to take charge of their future? The sustainability and survival of our nation hinge on unlocking the potential of each child so that they can add meaningful value to the nation by defying the odds and challenges they face and rising to unimaginable heights.

Today, we have the chance to chart the course for our region’s future. I implore our Government, Civil Society, Educators and Religious Bodies to truly place an emphasis on developing our young people. Frankly, the time for banter and babble is over. Now is the time to prepare our youth to use their skills and God-given abilities to impart change, lead, agitate and succeed so that they can truly add meaningful value to our nation, region and our globe. However, the task also lies with each of us to rise up and take hold of the opportunities before us. Volunteer, learn, share, donate and prepare; participate in clubs and edify yourselves to be ready for anything that may come your way. It is this key preparation and this key edification that will properly position all young people to add value to their communities now and allow us to take charge of the future before us. For in the words of Malcolm X, “the future belongs to those who prepare for it today.”


Jamaica: An argument between two high school girls over a piece of gossip turned fatal on Thursday afternoon, leaving their schoolmates in shock. This incident has triggered a call for social workers to give more attention to children and their parents.

Michion Campbell, a grade 11 student of Kingston Technical High School, Jamaica was stabbed during a heated argument on the school compound.

The girl who stabbed Campbell (accused) was taken into police custody.

A student who was the classmate of the deceased, as well as the accused, informed the sources that the argument had started as “cussing”. However, the fight quickly spiralled out of control.

“Everybody was trying to hold the two of them. The girl retrieved the ratchet knife under her uniform and stabbed Michion Campbell.

“Another student was trying to resuscitate her while she was on the ground. I saw her take her last breath,” the student stated.

A different student said that she was at the school to do a diagnostic test to seek admission in the sixth form of the Kingston Technical High School, Jamaica. The student was traumatized after witnessing the tragedy.

“Dem start cuss over hearsay. (a piece of gossip) Both of them were using extremely wrong languages. After the test, which I was here to give, I heard the noise. Michion said to the other girl, stating that (the other girl) can do nothing to (Michion).

In the meantime, Michion’s friends told her to walk away and grabbed her hand, but she managed to get out of the grip and went up in the girl’s face. The (other) girl took out a knife and stabbed her in the neck and head.

A resident of the Rose Gardens community, in Jamaica where the school is located, expressed her anger about the incident. She said that many children nowadays are too vicious and display violent behaviour at the slightest provocation.