Foot care, medication management, and mental health were among the topics covered by a panel of healthcare experts during the Living Well with Type II Diabetes Expo on Nov. 17 at the St. Mary’s Church Hall on Virgin Gorda.

The BVI Health Services Authority organised the evening session — which was also available virtually to residents on other islands — both for people with type two diabetes and for others who wished to learn ways to reduce their risk of develop- ing the disease.

Several speakers took the podium during a series of interactive presentations that incorporated techniques designed to engage attendees, including multiple-choice questions and discussions of case studies.

BVIHSA Medical Officer Dr. Shana Kay Fraser explained how to define diabetes and identify its early signs and symptoms. She also stressed the importance of early action in preventing the disease.

Dr. Calisa Cruickshank offered tips for blood sugar testing, such as where to inject insulin, how to use a blood sugar monitor, and how to treat hypoglycemia and hyperglycemia.

Later, attendees got on their feet for some physical activity with Raynecia Simmons of Razor Fitness.

Attendees received raffle tickets at the door for a prize-giving at the end of the expo. Free informational handouts were distributed as well.

Attendees thanked the BVIHSA for organising the event.

Fahie steps down, resigns his seat 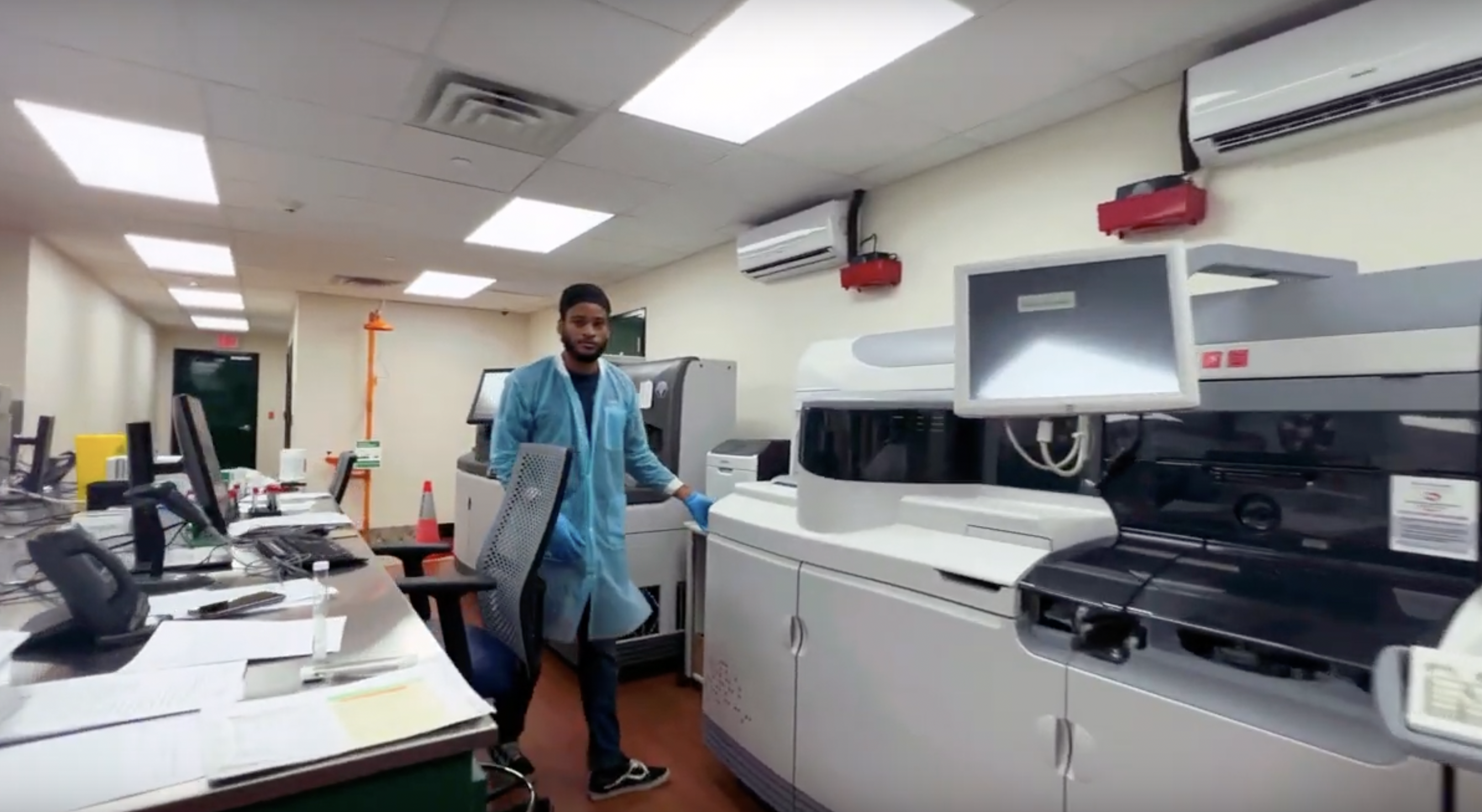 The BVI Health Services Authority’s watchword for the year is “change,” and a new and expanded laboratory launched last week embodies that goal, according to acting BVIHSA CEO Dr. June Samuel.

“We are moving quickly along at BVIHSA with multiple changes,” Dr. Samuel said during a Jan. 25 opening ceremony for the new facility, adding, “What you will see today will tell you how much we’ve changed and how we’ve come a long way.”

Lab manager Devye Nicholson spoke next, listing some of the services the new laboratory will offer, including testing for Human T-Cell Lymphotropic Virus.

“I’m so excited to speak about the HTLV, one of the most important tests when we are donating blood,” she said. “This is a test that we had wanted in house for the longest while.”

This service and others, she said, were made possible by equipment purchased through a recent donation of $45,000 from the Rotary Club of Tortola.

“We’re also excited to let you know that the blood bank that we wanted for the longest while is now in place,” she said, drawing applause from attendees. “Our 24-hour service is in place, but now we’re going seven days a week.”

“In the past,” she added, “the majority of the specimens used to go overseas, but now everything will be done in house.”
Accreditation

More applause followed her announcement that the lab is pursuing accreditation. This year, she said, officials expect to receive an ISO 15189 2012 certification — an international standard for quality management system requirements for medical laboratories.

“The lab will be accredited, and we will keep our accreditation,” Ms. Nicholson said. “And the lab testing will be certified.”

The facility also plans to extend its services to other jurisdictions in the region, which is expected to earn revenue, she said.
BVIHSA Chairman Moleto Smith also spoke at the ceremony.

“There’s something special about this lab and the certification that it will receive this year,” he said. “It will be the first and only overseas territory lab that will be certified. That’s a big deal.”

Health and Social Development Minister Marlon Penn took the podium next, expressing his excitement about the expansion.

The ceremony ended with a tour of the lab. 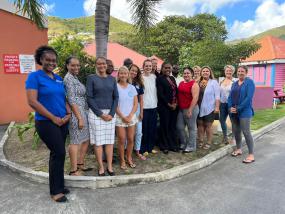 Ms. Amy Ridgeway and Dr Eleonora Manca of the Joint Nature Conservation Committee (JNCC) are featured with participants at day one of a two-day Marine habitat sensitivity and assessment workshop on Wednesday, February 1. The session will build capacity within the Public Service as it relates to identifying key pressures for the Virgin Islands and develop sensitivity assessments and reviews throughout the Territory. Representatives from  the Ministry of Natural Resources and Labour, the Ministry of Education, Culture, Youth Affairs and Sports, National Parks Trust, the Department of Agriculture and Fisheries, Hamilton Lavity Stout Community College (HLSCC), and the non-governmental organisation Beyond the Reef are attending the two-day session. 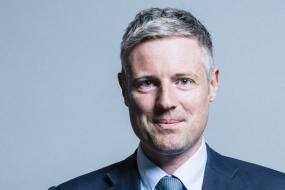 REGARDING HIS VISIT TO THE VIRGIN ISLANDS

I have so enjoyed being here in the British Virgin Islands – meeting elected representatives, officials and community members from right across the Territory.

And I’ve also been able to get out and about, both in Tortola and today in Anegada.

The beauty of these islands and the natural riches you have here are nothing short of amazing. I’m honoured to be the first UK Minister to visit Anegada in a very long time. I may even be the first ever!

Three things have struck me in particular from all of my meetings and discussions over the last two days.

The first is that we are building a stronger, modern partnership between the UK and the BVI—and that applies not only to the UK’s commitment to ensuring the safety and security of this beautiful Territory. It also applies in other areas like health, education and energy reform, where there is room for a stronger and better partnership—sharing best practice, technical expertise, encouraging investment into the Territory.

And it’s great to be at the marina today to announce that the UK has funded four new Rigid Inflatable Boats for the Police which will provide a real boost to their capability.

Secondly, the strength of the commitment I’ve heard from the Premier and his Cabinet to promoting good governance and carrying out the reforms in line with the Commission of Inquiry.

I know of course that some of that work isn’t easy and that there is much still to do.

The Premier made clear his strength of feeling about the Order in Council and we too want see these reforms seen through, such that the Order can be lifted.

I assure you I will continue to support the British Virgin Islands both in the next few months and after the general election in taking these reforms forward, so that we can realise the Premier’s vision of the BVI as a beacon of democracy.

Thirdly, I’ve been privileged to learn more about the environmental work currently being carried out here, from mangrove restoration at the college to work to protect your extraordinary coral reefs.

Protecting the environment and building resilience in the face of Climate Change are vital to the future of the people here in the BVI and across the world.

As Minister for the Climate and Environment, as well as the Overseas Territories, I’m excited by the energy, enthusiasm and commitment I’ve seen here from so many people to that goal.

Finally, I want to thank you for having me here, for your welcome and your amazing hospitality.